How To Remove Ethylene During The Distribution Chain Of Green Banana 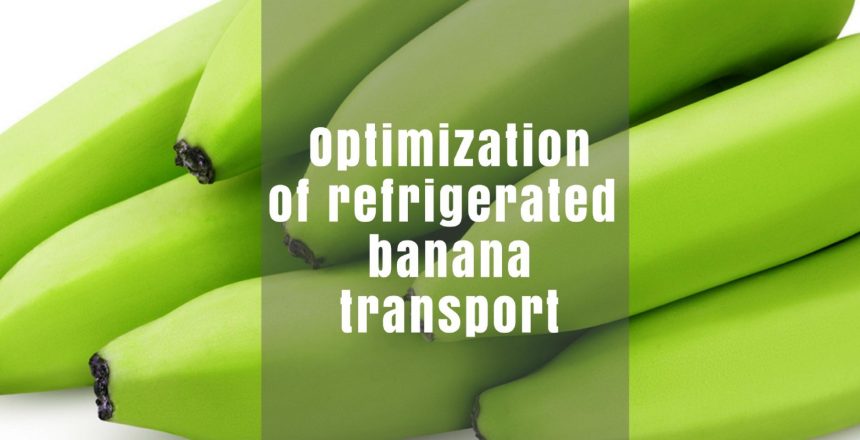 A recently published scientific article (Reduction of energy usage during storage and transport of bananas by management of exogenous ethylene levels, Wills et al; Postharvest Biology and Technology 89 (2014) 7-10) quantifies the relationship between the concentration of ethylene, temperature and green life of the Cavendish banana.

The results demonstrate that an efficient reduction in ethylene levels could allow refrigerated transport and storage of green bananas to be minimised or eliminated.

“The postharvest handling of horticultural commodities under refrigeration dramatically increases marketing options and reduces wastage for a wide range of commodities. However, the widespread adoption of cool chain technology was introduced in an era where energy was cheap and there was no concern about greenhouse gas emissions. In recent years, the horticultural industry, in common with many other industries, has become interested in reducing its carbon footprint.”

“Bananas are the most traded horticultural commodity with substantial imports into temperate countries in Europe, USA and Japan from a range of tropical countries (FAO, 2011). This has resulted in the long-distance transport of bananas by sea under refrigeration at 13–15◦C. Recent lifecycle analysis reports that the refrigerated shipping of bananas around the world is the largest source of greenhouse gas emissions in banana production.”

“The equation (..) predicted that bananas transported in Australia for 5 days in the prevailing mean summer temperature of 25ºC would not require refrigeration if the ethylene level did not exceed 0.58 µL/L, while transport at the mean winter temperature of 14ºC fruit could withstand a level of about 0.90 µL/L without ripening in route.”

“The equation was also applied to a shipment protocol of 19 days for bananas exported from Central America to southern Europe. This predicted that fruit could be transported without refrigeration if ethylene levels were maintained at 0.04 µL/L during the winter temperature of 17ºC and at 0.002 µL/L at the summer transport temperature of 24ºC.”

“Since a range of technologies are available to maintain such low ethylene levels or reduce the action of ethylene, these findings suggest that the current refrigerated transport of bananas could be minimised or eliminated. The use of higher temperatures in the supply chain would reduce energy consumption with resultant environmental and economic benefits.”

In February last year we were fortunate enough to have Dr Wills participate in the Partner Meeting organised by Bioconservacion in Barcelona. One of the talks he gave at the event (Potential for new Commercial Benefits to be derived from Ethylene Control) covered this topic.